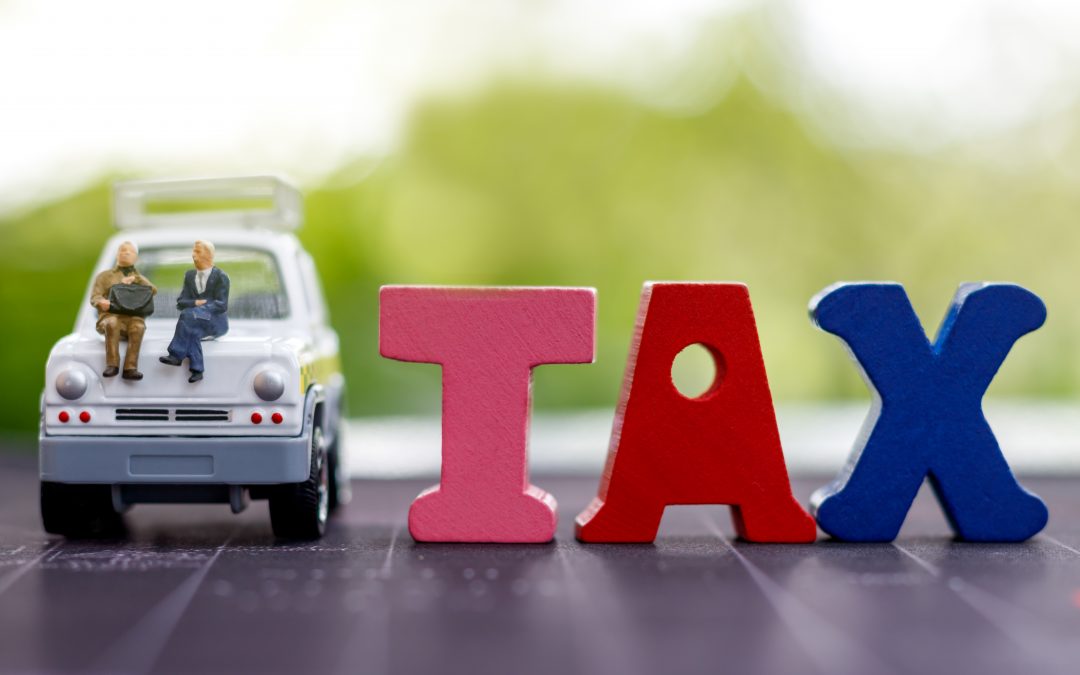 In November of 2019, the voters stated, overwhelmingly, their opposition to the unfair car tab fee structure placed on them.  In virtually every corner of our district, and in our state, the answer to the folks that wanted to keep the car tab situation “status-quo”, was a resounding “NO!”

Not surprisingly, before the ballot results were even certified, a plan to overturn the vote was in motion by many.  Including electeds, bureaucrats, and the vocal minority.

Immediately, the vote made it clear to me, as Mayor of Orting, that there are things WE could do to help achieve the will of the people, even as I saw it becoming clear that the vote of the people was not going to be *readily* respected.  I sent the following letter to my council in December of 2019, just days after the vote had been certified.  And in February, the Orting city council passed my Ordinance, making Orting the first city in the state of Washington to deliver car-tab relief to its citizens.

My Letter to the Council in December 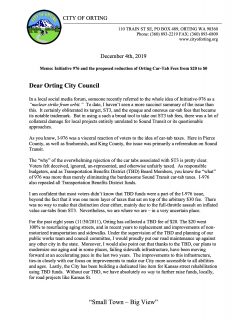 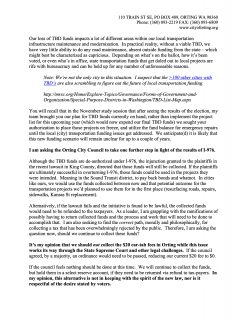 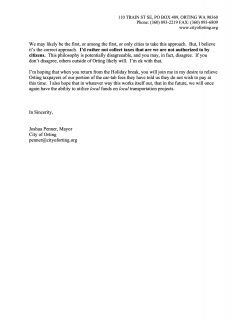 Donate To The Campaign and Help #TeamPenner Keep Fighting For YOU!